Back to all News
First Congregational Church 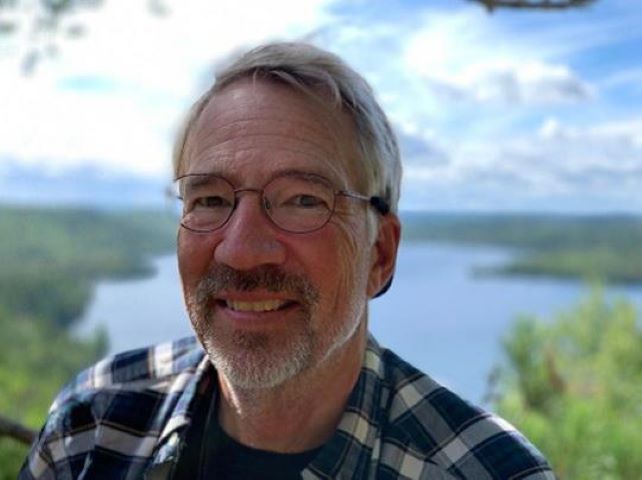 At the January Council meeting, the Reverend Michael Tupper was officially called to begin serving in ministry here. He will start by working 10 – 13 hours a week. Come May, he will be working 20 hours a week. During February, March and April, Mike will not be here on Sunday mornings as he will continue serving the church he is currently at. Beginning in May he will be here many Sunday mornings. Mike will be at worship on February 2nd.

Mike has been a pastor for over 38 years. He has served in eight churches includ-ing the Casco United Methodist Church (north of South Haven). Presently he is the Co-Pastor of the Gull Lake United Methodist Church in Richland, Michigan.
Mike and his wife Lori have been mar-ried for over forty years. Lori has been a schoolteacher and church administrative as-sistant and writer. She has published two books. They live in Lawrence, Michigan near Lake Cora. Mike likes to paddle his kayak on this lake (even during the winter).

Mike and Lori have two children. They are both 33 years old and attended school at Lincoln Elementary, Central Late Elementary, and Baseline Middle School. Sarah is married to Ali and have a new baby named Saima (Mike and Lori’s first grandchild!). Sa-rah has been a schoolteacher but is now the Associate Pastor at the North Baltimore Mennonite Church. Scott lives in Boston and works for the MIT Defense Laboratory.

Mike is transferring his ministerial credentials from the United Methodist Church to the United Church of Christ.

“I look forward to getting to know you and being one of your pastors. It will be a privilege to work alongside Jeffrey Dick.”