Questions regarding Open and Affirming Designation

During the small group gatherings in August, as a part of the Open and Affirming Process, questions were welcomed on a variety of topics.   The following information covers some of the most frequent questions along with answers from the Planning Team.

Click on a link to quickly jump down the page to that information.
LGBTQ Glossary
Genderbread Person
Frequently Asked Questions
Questions Raised October 2020 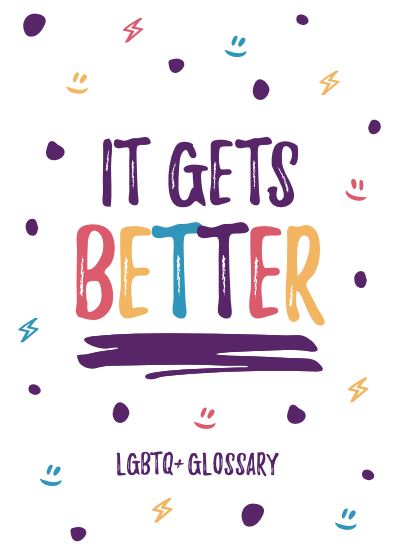 Language is an extremely powerful tool. It allows us to generate ideas, share stories, and learn and grow from others. Whether spoken, signed, or written, all languages are constantly evolving, and, despite their imperfections, can help us better understand our world and  communicate our perspective with others.

Many LGBTQ+ people use specific words or labels to express who they are. These labels can help listeners like you and me understand who someone is and how they wish to identify. Some of these terms are used universally by LGBTQ+ people, while others relate to the following concepts specifically….

Gender Identity – How you feel about your gender on a sliding scale of masculine to feminine. May or may not match biological sex.

Gender Expression – How you express your gender identity to the outside world.

The Gender ID slide is from a UCC meeting of the Michigan Conference workshop a few years ago. 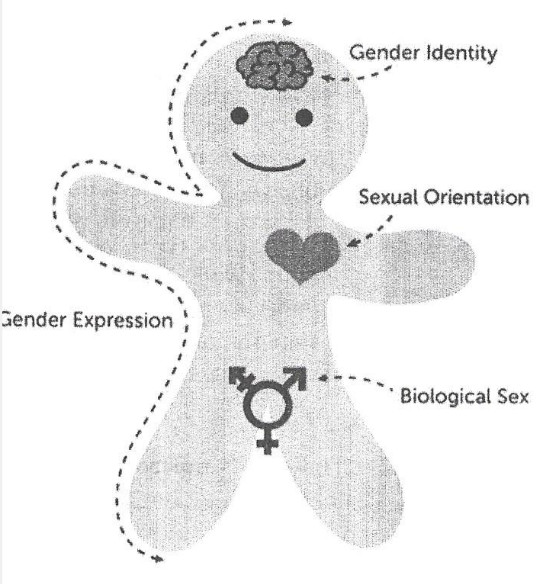 Frequently Raised Questions from our congregation.

What exactly is the process for becoming Open and Affirming (ONA) and other questions asked.

The Church Council voted in October to begin exploring our church becoming an Open and Affirming Congregation in the United Church of Christ.   This is a public covenant of welcome into the full life and ministry to persons of all sexual orientations, gender identities, and gender expressions.

The process includes a time of discernment, which can include interviewing people, small group meetings, speakers, informational gatherings and more.   We have offered all of these, including a sermon series in August.   We will hold one more meeting in October and then the Annual Meeting.

The process concludes with an official vote at a congregational meeting.  All members will be able to vote, regardless if they have attended small group gatherings.   At that time the church would vote to become an ONA congregation and adopt a Welcome Statement.

How will we communicate our ONA stance?  Will we fly a Rainbow flag, post on our sign or website?  What other ways will we publicize our decision?

This is one of the most often asked questions.   Certainly on our website and Facebook page.  Beyond that, it will be up to the church to decide how best to communicate this.   The larger question is how do we let people who don’t have a church home, know they are welcomed here?   There are NO requirements to do anyone way of promoting.  And, the most important way is always person to person.

Are we offering a community of faith where people who are discriminated against in society can feel supported?

What does affirming mean specifically?

Many things – within the church it means recognizing that all people are God’s children and worthy.  It also means opening doors for leadership to all people.

Will we be known as the “gay church”? If so, are we o’kay with that?

That is a possibility.   We are already known as a liberal church by some.  As to whether “we” are o’kay with that, is part of the question.

Will heterosexual families avoid us if we are definitive about our position?

The UCC church in Douglas has grown significantly in the last 6 years.  They went from 40 members to over 200.  It continues to attract heterosexual families to their church.   The UCC church in Coloma both gained and lost some members, they were a small church and are still about the same size.    Membership change is not about one issue.   Will some families avoid us?  Of course.  Some already do because we are perceived as too liberal to some.   Why do this?  Because there are many people who do not have a church home anywhere in this community.

What are the micro-aggressions that LGBTQ people face every day?  There are many.

What does cisgender mean?

Of, relating to, or being a person whose gender identity corresponds with the sex the person had or was identified as having at birth

We have questions about transgender.

A transgender person is a person whose sense of identity differs from that assigned to them based on their anatomy at birth.

What does transsexual mean and how does that relate to transgender?

An older (and less preferred) synonym for transgendered.

What percentage of transgender persons opt for surgery?

What percentage of transgender persons opt for surgery?

Why all the letters – LGBTQ+,  Why do we label?  Why so many labels?

Using the letters expresses the fact that a number of individuals whose orientations and identities differ from one another are alike in that their orientation is not straight or cisgender. For people who have historically been marginalized and not counted as important, being able to identify themself helps affirm their value.

Did HIV begin in the gay community?

No. The virus was transmitted from an ape or monkey to a human when a hunter or meat vendor was bitten or cut while hunting or butchering an animal. In the 80s, and for many people through to this day, the stigma and discrimination affecting the health of LGBTQ patients has been a factor in the high incidents of transmission in those communities. Healthcare is an ongoing issue especially with religious freedom bills allowing medical professionals to discriminate.

When someone is trans, what is their sexual orientation?

Not necessarily.  While drag shows may be common in gay culture it does not mean that drag queens are gay.

The Bible seems to see homosexuality as wrong. Do we disregard the Bible unless it works for us now, today?

It is a common fallacy to say that those who affirm LGBTQ persons are less faithful to the Jewish and Christian scriptures. In fact, while six verses in the entire bible may be used to condemn same-sex orientation, there are also passages such as Matthew 19:12 that suggest God has made people with differing sexual orientations. While some bible scholars with a high view of scriptural authority do uphold common prejudices against LGBTQ persons, there are other scholars with an equally high view of biblical authority who affirm same sex relationships. Through Christian history, practices that few Christians would agree with today, such as slave holding, spousal abuse, or refusing women healthcare at childbirth, were all believed to be the clear teaching of the bible. This demonstrates that societal prejudices are easily confused with Biblical authority. “The Children Are Free: Reexamining the Biblical Evidence on Same-sex Relationships” by Jeff Miner and John Tyler Connoley is an excellent title for those who desire deeper understanding of the biblical record on these matters.

The Q can mean either questioning or queer.

Who will God reveal Godself as?

There is much discussion in the larger UCC re. the gender(s), pronoun(s) for God and how we use that in our worship and theology.  The ONA process doesn’t directly address this issue.