Welcome to First Congregational Church!
Back to all News 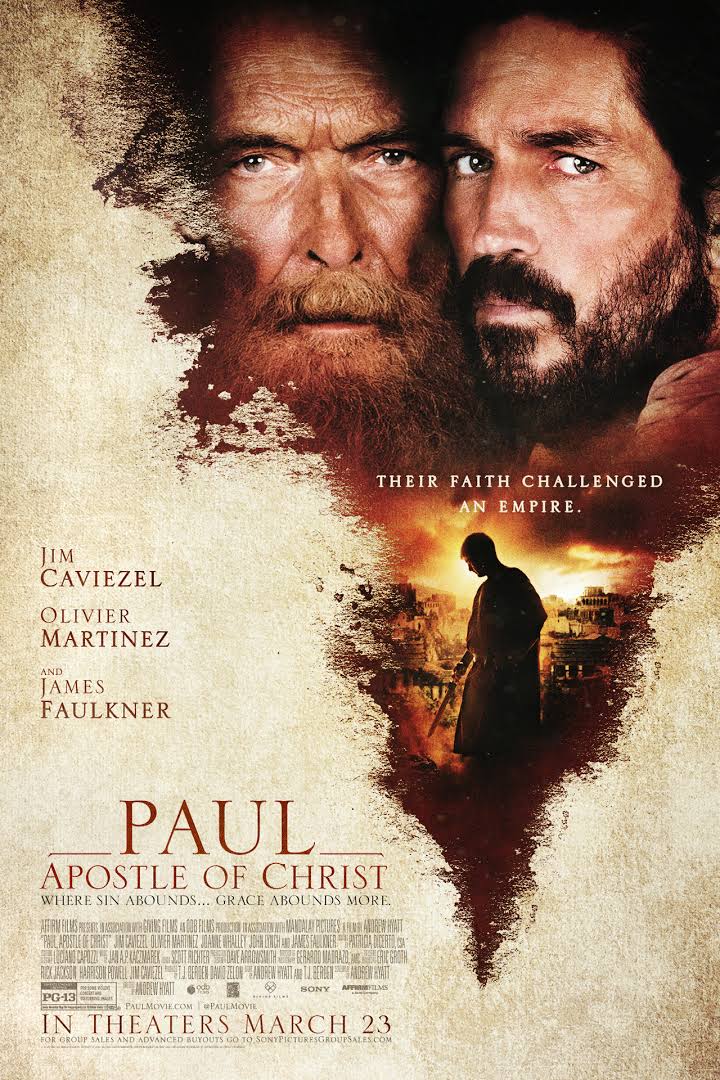 This is an inspiring movie. One that does not rush the story, but tells it. There are no miracles or even unbelievable parts of the story. It tells the story of Paul at the end of his life. Luke visits with him in prison and they review much of his life and story, while the story of early Christians being persecuted and killed unfolds around them. The movie creates a story around what we know of Paul and Luke.

James Faulkner’s portrayal of Paul is stoic and powerful. He portrays Paul at the end of his life and in prison. Thus, we miss some of the energy and power of a younger Paul that we often read about. Having said that, the way Paul is shown seems in keeping with what he may have been like at that point – and he is still a person of determination and faith Indeed, his words and actions, his body language and his expressions of love are powerful.

This is not an action movie, but is a story. The conversations between Luke (terrific portrayed by Jim Caviezel) seem quite true to the person I imagine writing Luke/Acts.   Their back and forth talks feel real and are quite moving.

The depiction of the early church is very powerful and a reminded of how tough it was to continue to believe in a merciful and loving God. The film does a good job of addressing fighting evil with swords or love and grace – and the price to place your faith in love.

The rest of the cast is strong and believable. From Olivier Martinez (as the Roman prefect over the prison) who struggles to understand Paul and Luke; to the husband and wife team of Priscilla (Joanne Whalley), and Aquila (John Lynch) who wrestle with staying in Rome or fleeing – all were brilliant in their roles.

This was filmed in Malta, a place where Paul visited. The scenery is excellent and adds greatly to the film.

I highly recommend folks see this film and a good film to have conversations about later on.